Home » World News » With U.S. shots nearing an average of 3 million a day, the country faces another threat: complacency. 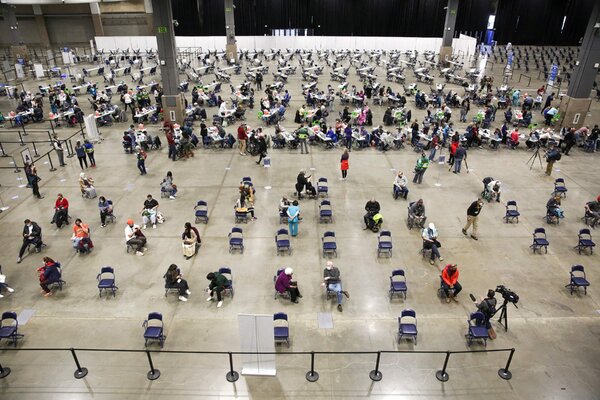 As President Biden enters the homestretch of his first 100 days in office, the general declines in new virus cases, deaths and hospitalizations since January offer signs of hope for a weary nation.

But the average number of new cases has risen 19 percent over the past two weeks, and federal health officials say that complacency about the coronavirus could bring on another severe wave of infections.

“We have so much to look forward to, so much promise and potential of where we are, and so much reason for hope,” Dr. Rochelle Walensky, the director of the Centers for Disease Control and Prevention, said in an emotional plea to Americans this week. “But right now I’m scared.”

On the positive side, nearly a third of the people in the United States have received at least one dose of a coronavirus vaccine. As of early Saturday morning, nearly three million people on average were receiving a shot every day, up from about two million in early March.

The rising vaccination rate has prompted some state officials to accelerate their rollout schedules. This week, Gov. Ned Lamont of Connecticut expanded access to people 16 and older, several days ahead of schedule. And Gov. Jared Polis of Colorado opened universal eligibility about two weeks earlier than planned.

“No more having to sort out if you’re in or if you’re out,” said Julie Willems Van Dijk, the deputy secretary of the Department of Health Services in Wisconsin, where anyone 16 or older will be eligible for a vaccine as of Monday. “It’s time to just move forward and get everybody with a shot in their arm.”