North Korean troops and vehicles were spotted in satellite images practicing display moves ahead of the important milestone. It has been regular practice for North Korean leaders to celebrate anniversaries with military parades that march through Kim Il-sung Square in central Pyongyang.

Thousands of citizens attend the event to cheer the troops on.

Dan Pinkston, a professor of international relations at Troy University’s Seoul campus, said: “These anniversaries are very important to the leadership in Pyongyang as they celebrate with symbolism.

“We know that they have been working on a lot of new weapons systems and upgrading others, including rocket artillery, unmanned aerial vehicles and guided missiles, and it will be a political decision on whether to put them on display at the parade, but it’s what they have done in the past.”

In 2017, the parade showed off a new intercontinental ballistic missile on top of a tractor-trailer launcher vehicle. 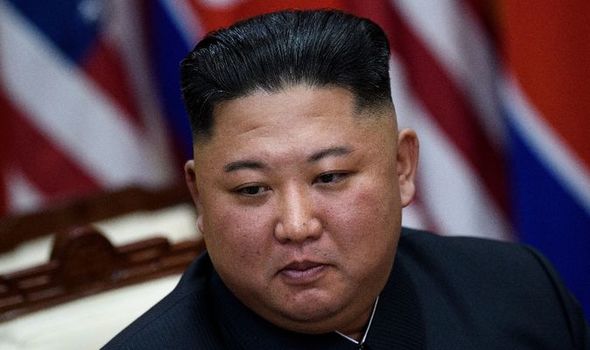 The event celebrated that year was the anniversary of the birth of Kim Il-sung – founder of the country and grandfather of current leader Kim Jong-un.

The satellite images of this years preparations were taken on August 31 and released by the nonpartisan policy research Stimson Center.

The body of experts described how hundreds of vehicles were parked alongside the parade training facilities. 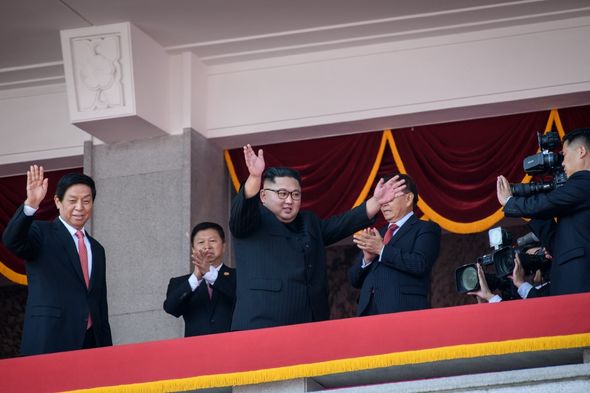 The Mirim training grounds has also been improved in recent months.

Permanent garages have been built to replace makeshift tents, preventing satellites from distinguishing what is present at the site.

Rah Jong-yil, a former diplomat and senior intelligence official in charge of overseeing North Korea, said: “I would say that it is very probable that they will use this occasion to show off some new equipment, because they know that the world will be watching them very closely and it will be taking place less than one month ahead of the presidential elections in the US.” 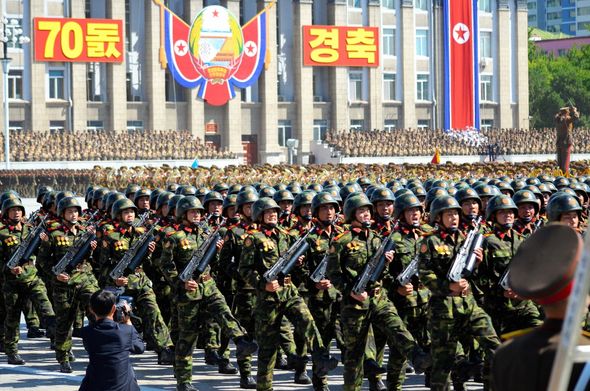 According to Mr Rah, the event is a “good a chance” for North Korea “to send a series of messages”.

The presence of local media outlets at the celebration aims to show North Koreans that the nation still has abundant military power despite having faced significant crises.

Mr Rah added that the parade may try to prove that the nation has not been heavily hit by the Covid-19 pandemic.

North Korea reiterated that there have been no infections of the disease within the country, but epidemiologists have voiced their doubts about this assertion. 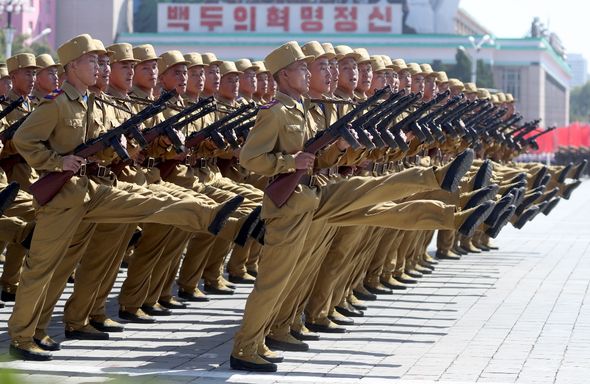 Mr Rah said the North intends to convey to the South that it is still upgrading its military capabilities.

Mr Rah said: “For the US and the United Nations, the message is that the North has time on its side.

“They are communicating that despite all the sanctions and all the hardship, they are still managing to develop advanced new weapons and other equipment and that every day they are getting stronger.”