In the Sixties, the US ran a highly publicised project known as Camp Century on the island to study the feasibility of working below the ice of Greenland. However, declassified files revealed it was actually a cover-up for a top secret operation known as Project Iceworm – a plan to build a network of mobile nuclear missile launch sites. The ultimate objective was to place medium-range missiles under the ice – close enough to strike targets within the Soviet Union.

And YouTube series ‘DarkDoc’ explained how it slipped under the radar.

The narrator said: “Throughout construction, the US hid the facility’s real purpose as it was actually to serve as a nuclear launch site.

“Not only did they want to keep it a secret from the Soviets, but the US also knew the Danish opposed housing atomic weapons on their territory.

“A system of tunnels extending more than 2,500 miles would be used to transport and house more than 550 specially modified minuteman missiles (ballistic missiles) ready to be launched at Russia. 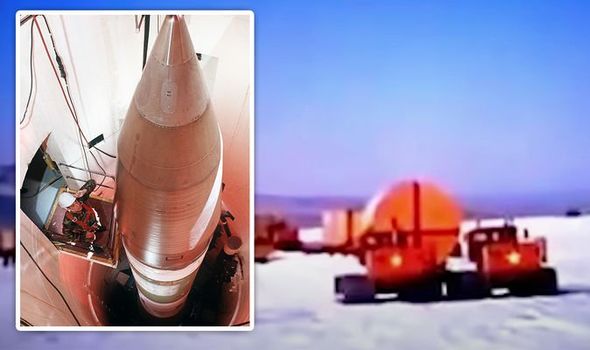 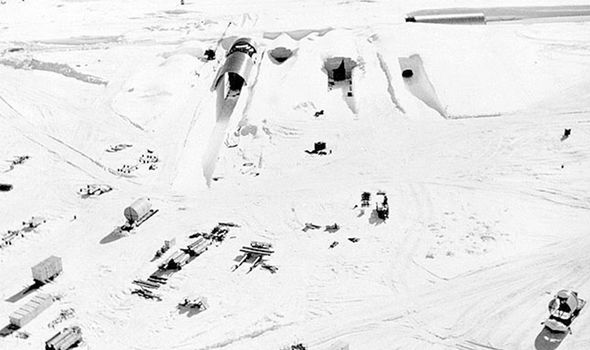 “They were nicknamed Icemen.

“460,000 tonnes of material was transported from the US to the Thule Air Base to begin construction.”

The series went on to reveal how the US military invested millions into the success of the project.

It added: “Hundreds of military personnel were sent from Thule to the location of Camp Century. 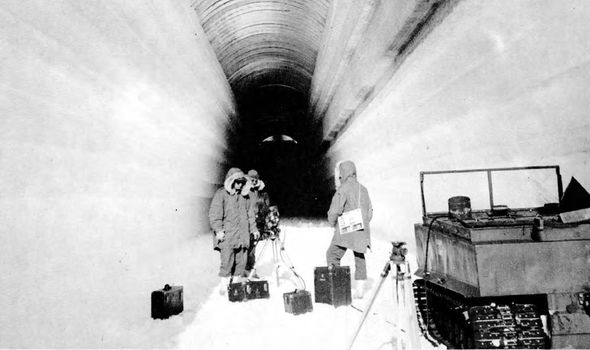 “Once the voids were cleared and aligned with the others, the trenches were covered with steel semi-cylinders and topped again with snow and ice to freeze them into place.

“A total of 21 trenches were built, under these, prefabricated buildings were placed.”

Washington had big plans for the underground city and kitted it out with everything needed to survive under the ice.

The series explained: “The strange underground colony had all the amenities of a small city.

“In addition to the missile silos and communication rooms that controlled them, the tunnels connected to a chapel, theatre, hospital and offices, library, apartments and other establishments. 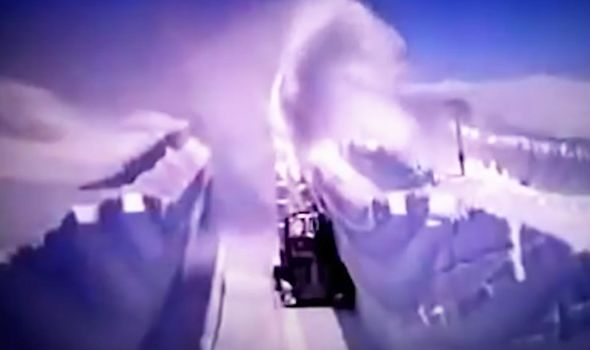 “They even had fresh water obtained from a well-developed system of pipes supplying water from melting glaciers.

“Calculations indicated that transporting diesel across the sea or through the air in order to keep the base running would be problematic.

“Constant loss of communication and extreme weather conditions made it difficult and expensive to secure a supply of fuel for the generators.”

Engineers worked to find solutions to working in seclusion, including the creation of the world’s first mobile nuclear reactor, named PM-2A.

The narrator said: “As a solution, the army decided a portable nuclear reactor should be installed to supply Camp Century’s electrical needs. 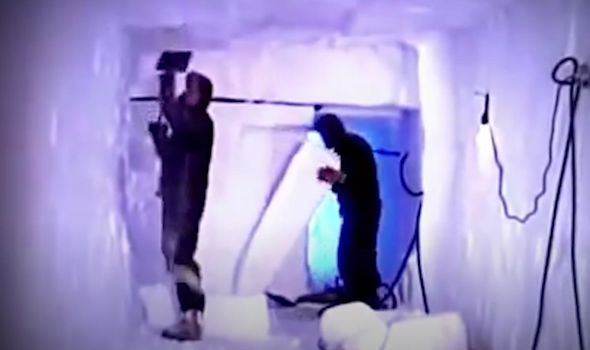 “It was successfully installed at the base after being shipped over in pieces weighing 400 tonnes.

“I was estimated that Camp Century would last 10 years without any additional modification.

The series explained: “The ice sheet was not as stable as initially thought. 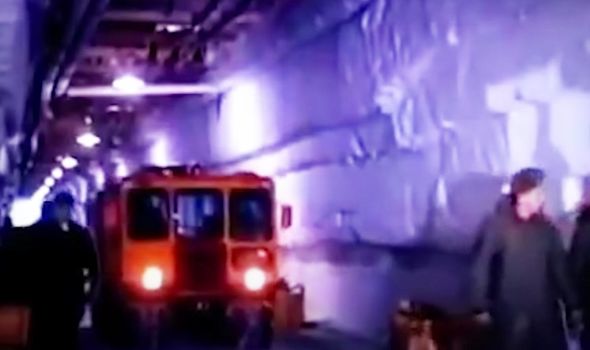 “As months passed, the slow, imperfect and constant ice sheet movements caused the tunnels and walls to narrow and deform.

“Eventually, during the reactor shut down for maintenance in July 1963, the army decided to operate the camp only during the summer.

“The reactor was not reactivated again. If things had gone differently it would have made Project Iceworm the largest nuclear launch site.

“In 1967, while the Vietnam War raged on and funds were cut, Camp Century was abandoned.”