In a threat to the EU official, the MEP demanded Ms von der Leyen go back to “table” after the US barred the entry of certain goods from Xinjiang. Xinjiang is where many states have accused China of violating basic human rights due to their treatment of Uighur Muslims. Despite the criticism from many in the West, namely the UK and the US, the EU pushed ahead with a bumper investment deal with the Chinese government last month.

If this deal is not reworked, Mr Verhoftsadt claimed MEPs will force Brussels back to the negotiation table.

He said: “Do the right thing Ms von der Leyen.

“Back to the drawing table on the investment agreement with China.

“Otherwise the European parliament will do it for you.” 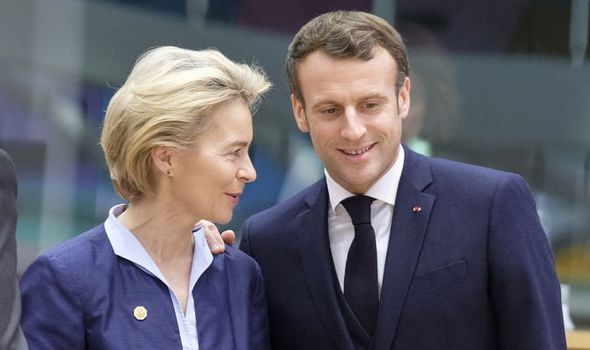 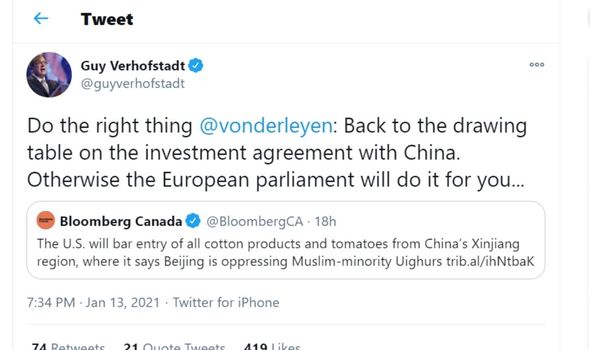 Amid claims of forced labour in Xinjiang, the US has now barred the entry of cotton products and tomatoes from the region.

Washington has also blacklisted 60 Chinese companies over their links to forced labour in the region.

Despite these sanctions from across the Atlantic, the EU pushed ahead with a new investment deal before the turn of the year with Beijing.

Ahead of Joe Biden’s inauguration, the US had asked Brussels to delay the deal until they could coordinate with the new administration. 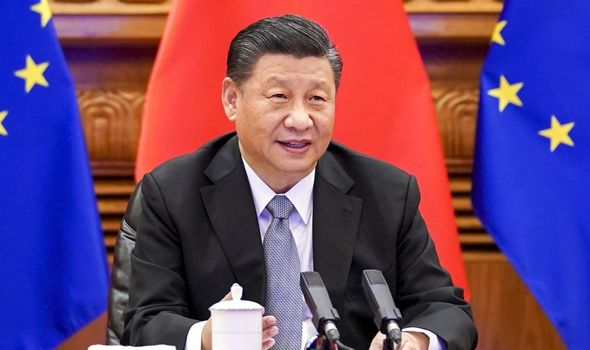 The agreement will now open up the Chinese market to European investment.

China has also signed up to certain level playing field regulations and allegedly, made commitments to ensuring worker rights laws.

Instead, the EU will push for a timetable of scheduled reforms into the sector by Beijing. 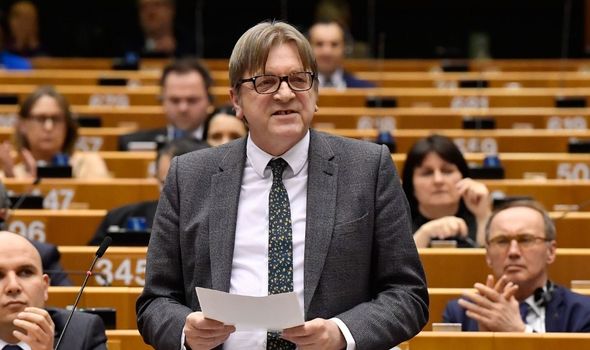 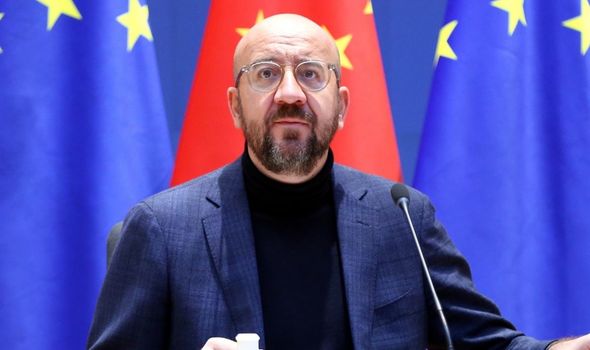 France’s Junior minister for trade, Franck Riester, told Politico: “The European Union will sign the investment agreement with the provision noted in the text, which is to make sustained and continuous efforts for ratification.

“We have an agreement that says that it’s a commitment to ratify — not to ratify at the time of signature — but to ratify.

“Now we have a few months to work out the calendar, and how we monitor all this.”

Under the EU deal, Chinese workers are also given the right to work on the continent for three years. 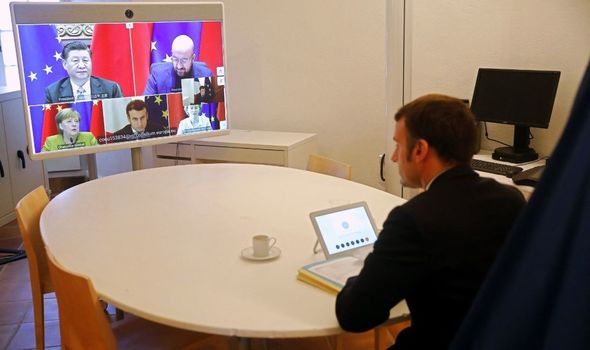 The European Parliament will return later this month whereby MEPs will be allowed to vote and scrutinise the EU-China deal.

They will also vote on the Brexit agreement in February or March in order to complete the ratification process.