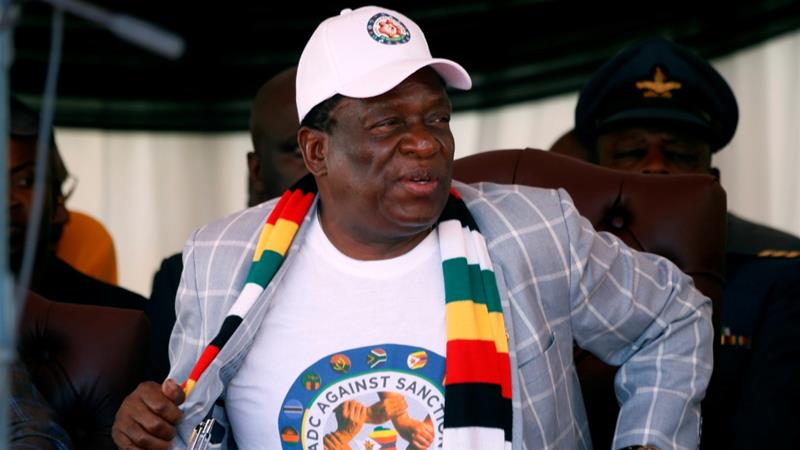 Zimbabwe’s President Emmerson Mnangagwa has threatened a jail term of up to 20 years to the author of a statement, purporting to bear his signature, that said the lockdown to contain the coronavirus outbreak had been extended.

Mnangagwa, who was speaking at his farm after touring Gweru city in central Zimbabwe, told state broadcaster ZBC on Tuesday that the statement, which circulated on social media last week and was immediately denied by the government, was fake.

“That is absolutely nonsense, I have never made such a statement,” Mnangagwa said.

“If we catch this person, it must be exemplary and they must go in for at least at level 14, which is 20 years’ imprisonment. That, I think we need to demonstrate that we don’t want false news to be circulated.”

Mnangagwa announced a 21-day lockdown on March 30, in a bid to contain the spread of the virus.

All citizens were ordered to stay at home, except for essential movements related to seeking health services or the purchase of food, among others.

Authorities in the landlocked African country have confirmed three deaths and 17 COVID-19 cases so far, according to Johns Hopkins University.

National police spokesman Paul Nyathi said more than 5,000 people had been arrested for leaving their homes without permission.

Mnangagwa said his cabinet would meet this week to decide whether to end, adjust or extend the 21-day lockdown.

Excessive use of force by police

While Nyathi said police had not received any official complains of abuse from residents, the Zimbabwe Lawyers for Human Rights (ZLHR) group said the new containment measures resulted in an increase in cases of residents being beaten by security forces for defying the lockdown.

ZLHR has approached the High Court on behalf of two Zimbabweans who said they were abused by security forces.

“This application seeks an order to protect residents from heavy-handed action by police and soldiers who are invading peoples homes/yards and assaulting people ordering them to stay indoors,” ZLHR said in a statement.

In an editorial on Monday, the state-owned Herald newspaper criticised the police for harassing journalists doing their work during the lockdown, including forcing some to delete pictures and videos that captured abuses by security forces.

Nyathi said he was not aware of the incidents.